Dancing with the Daffodils

William Wordsworth might have been pleasantly surprised to find his poem come alive in (of all places) South India. One of our arts-in-education projects took place between November of 2013 and January of 2014 at the aptly named Daffodils English High School. The facilitators were Karthik Raj, Archana B. Nair and Swasti Sharma who gives us an account of her experience.

Swasti Sharma:
The children at Daffodils school are an extremely cheerful and enthusiastic bunch. The junior batch (classes 4 and 5) and senior batch(classes 9 and 10) are a group of highly energetic kids who have a willingness to learn absolutely any form of dance. Of course they prefer Bollywood over other forms but their zeal for contemporary, floor sequences, hip hop and even ballet is equal. Every Thursday and Friday at exactly 3:00 pm these children gather in the allotted room for the class. Their energy and happiness is so contagious that my travel and rehearsal fatigue just disappears.
I taught them a small choreography on the song "Nagada sang dhol" from the movie Ramleela, which they grew immensely fond of, and they eventually forced me to choreograph the whole song for them. They were so happy to dance to this song that they were always ready to repeat it again and again. Once the children developed an interest in the classes, I introduced a contemporary sequence to the song "Tere Naina" which they enjoyed as well. These sequences became so important and dear to them that one of the students came up to me and asked if they could perform it in some event or school function. Unfortunately there was no such opportunity in the school curriculum during the session.

I loved teaching them and it is incredibly satisfying to see smiling and happy faces after the classes. I'm eagerly waiting for the next session to start so that I can continue this interaction and help them learn and enjoy dance more. I'm sure they are equally eager as well. 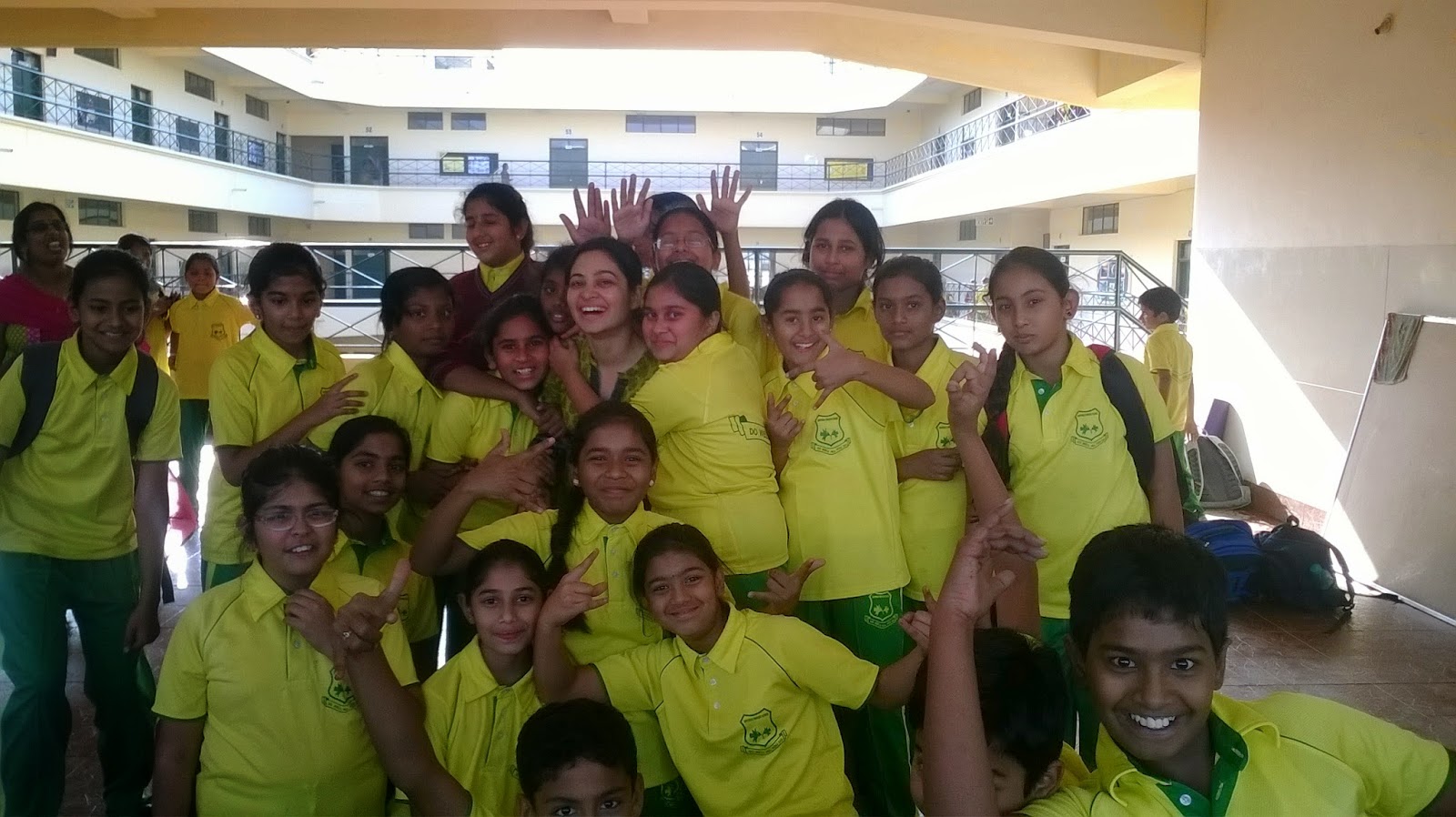 I wandered lonely as a cloud
That floats on high o’er vales and hills,
When all at once I saw a crowd,
A host, of golden daffodils;
Beside the lake, beneath the trees,
Fluttering and dancing in the breeze.

Continuous as the stars that shine
And twinkle on the Milky Way,
They stretched in never-ending line
Along the margin of a bay:
Ten thousand saw I at a glance,
Tossing their heads in sprightly dance.

The waves beside them danced, but they
Out-did the sparkling waves in glee:
A Poet could not but be gay,
In such a jocund company:
I gazed—and gazed—but little thought
What wealth the show to me had brought:

For oft, when on my couch I lie
In vacant or in pensive mood,
They flash upon that inward eye
Which is the bliss of solitude;
And then my heart with pleasure fills,
And dances with the daffodils.
Posted by Origins at 9:14 PM